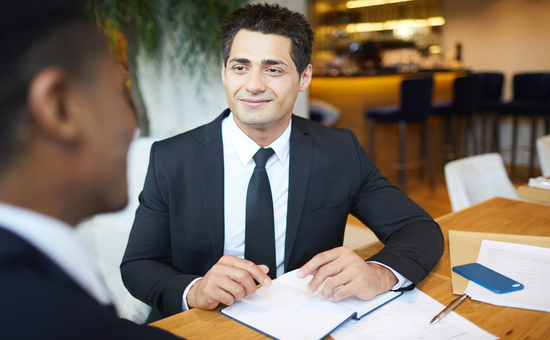 Simplest and least expensive country to move to. Below is a list of some of the countries where immigration is most straightforward.

There is always the attraction of moving away from everything and starting over somewhere new. It sounds exciting and enjoyable to explore other cultures, travel to strange places, and meet new people.

However, immigration isn’t really simple, particularly when you lack the necessary financial resources or marketable skills. Although most countries have a variety of migration policies that are based on addressing the shortage of labor as well as having annual limits. A lot of important factors, including adjusting to a new social structure and your financial status, must be taken into account when immigrating to a new country.

We all have a major case of wanderlust, and many of us adore traveling and discovering new places. You can frequently feel as though you would prefer to live in a different place because travel opens up your mind and exposes you to various cultures. Perhaps it’s because you establish roots in strange environments, pick up the local language, savor the local cuisine, and meet new people. Obtaining the required documents can frequently be a difficult undertaking. It can sometimes take a long time to comply with the laws, ordinances, and bureaucracy of other nations. But as this list of the easiest nations to immigrate to for new citizenship demonstrates, some countries make it more convenient than others.

For individuals who want to fight climate change and global warming, Costa Rica is the perfect destination. Costa Rica boasts authentic Pura Vida and is one of the greenest countries.

The sole restriction on travel in Costa Rica is your scheduled return date! Costa Rica has it everything, whether you wish to zipline, hike up volcanic peaks, explore caverns, or simply relax in the clear waters of the sea. In addition, Costa Rica has stunning beaches, interesting jungles, a diverse range of flora and animals, and much more. One of the best countries to raise children is the Central American nation, which is renowned for being family-friendly.

Finland is among the most tranquil, contented, and secure countries in the world to live if you don’t mind the chilly climate and lengthy winter evenings. The fact that Finland is one of the nations where the famous Northern Lights may be seen is unquestionably a plus. Even when the harsh winters can appear a little depressing, they have their own appeal. Other well-liked activities include sledding, ice fishing, renting a posse of reindeer, or leading a squad of huskies, even if the slopes have transformed into the sought-after destination for skiers.

The 11 greatest hotels are located in the capital of Finland, Helsinki. Only residents of the EU and the Nordic nations are exempt from this law. Non-EU citizens can frequently obtain an entrepreneur’s residency visa in order to launch a firm. However, you must both live and operate the business in Finland.

Despite the fact that living costs can be high, the country is among the easiest in the world to immigrate to due to its high earnings and world-class social benefits, like pensions and health care.

Argentina is the place to move to if you want to experience breathtaking natural wonders like the Iguazu Falls, are a fan of football legend Lionel Messi, enjoy Tango, want to indulge in delectable cuisine like Merienda, or want to be as daring as Gauchos. One of the smoothest and most straightforward immigration regulations is found in this sparsely populated South American nation, which is also a cultural sanctuary. Free healthcare is available to residents, and they enjoy a high level of living standards and a cheap cost of living. For 90 days, entry for tourism and business is visa-free for private US citizens. If you intend to work or live in this country, then you have to submit an application for a temporary resident visa. To qualify for permanent residency after moving in, you must stay there for two years and have a consistent monthly income of at least USD 850. Subject to the substantiation of documentation of your income, employment, and continuous residency, as well as your criminal history, you remain there for an additional three years after which you are granted citizenship of Argentina. The last point is that Argentina allows dual citizenship.

With great free education, Norway provides an excellent standard of lifestyle. Furthermore, Norway has been ranked as one of the world’s happiest nations. It is also renowned for the longevity and well-health of its inhabitants. Norway is thought to be the safest country and the ideal place to build a family. Norway has several excellent photogenic locations, just like the majority of Scandinavian nations. The breathtaking vistas that are abundant here will never get old to you. Your creative talent will be stirred unlike somewhere else by Norway’s fjords, picture-perfect communities, craggy islands, roaring waterfalls, and shoreline.

Furthermore, Norway’s immigration laws are generally not too rigorous, making the procedure rather simple. Some even claim that their immigration laws are the most straightforward. However, there aren’t many options for immigrants. These consist of employment offers or work visas, educational authorization, and family reunion. The reuniting of families is given first priority.

The Revillagigedo Islands, tropical rainforests, sandy beaches, and breathtakingly beautiful towering hills are just a few of the outstanding natural features of this North American country that entice both tourists and ex-pats in. With the liveliest culture and the fastest-growing economy, Mexico yet maintains a low cost of living, a good standard of living, and top-notch healthcare services. There you can enjoy the best tequilas and tacos. Visitors from the US do not need a visa to enter Mexico for up to 180 days, but you must apply for citizenship if you intend to stay and establish a new life in Mexico.

In order to obtain permanent residency, you must first apply for a temporary resident visa that allows you to work. You must have had family ties to the country for at least five continuous years as a permanent resident in order to apply for citizenship. In some circumstances, candidates who have been a temporary resident for five years or more may also become citizens. An exam on Mexican history and culture or an interview is required if you are over 60. The requirement for legal residency will be reduced to two years if you marry a Mexican. Dual citizenship is not prohibited by Mexican law.

The United State of America

The United States, popularly known as the “country of the free,” draws a large number of visitors. Singles, couples, and families would do well to relocate to this area because of its robust economy and educational system. The variety of states to pick from includes every type of geography, including coastal towns, lush forested areas, and arid, arid landscapes. To obtain a green card from the USA or even a temporary visa to live in the United States, though, might take some time. One way to do so is through sponsorship by a family member or someone who already has a green card. To assist immigrants in obtaining residency, the USA also administers a “green card lottery.”

In terms of friendliness, ease of immigration, and safety, Canada ranks among the friendliest nations on earth. All of the environment is breathtaking and offers wonderful options for outdoor life.

Numerous overseas students are drawn to Canada by its excellent standard of life and top-notch educational system. To move to Canada without having to take the IELTS, many people who want to study there are curious. For families on the go, Canada is a great choice because of its excellent healthcare and educational systems. Toronto, Vancouver, and Calgary, three of Canada’s largest cities, are among the most livable cities and also among the most popular tourist destinations in the country.

The easiest method to begin your application if you wish to move to Canada is by consulting with an immigration agent and with the fastest way to move to Canada is the express entry system. Expert personnel are given preference. For qualification, the authorities consider four categories. These include a degree in your stream of specialization. Additionally, you must have proficiency in both French and English, have worked continuously for at least a year, have a job offer from Canada, and be able to adjust to the culture of the nation.

Paraguay is one of untapped South America’s gems. Even though it is enviably located in the center of one of the world’s most exciting continents, few tourists pay it any attention. With its cutting-edge cities and huge, exotic natural reserves, which include 34 wildlife refuges under government protection, Paraguay is a nation that displays some of the world’s finest architectural specimens. 500 different bird species, 200 different reptile and amphibian species, crocodilians, jaguars, and pumas are among its unrivaled biodiversity. In South America, Paraguay draws retirees and foreign residents. Their pensions can be stretched farther because of the cheap cost of living, minimal taxes, and the solid economy of the landlocked nation. A subtropical country with stunning views and a diverse landscape is Paraguay.

This South American nation distinguishes itself as the easiest to migrate to from the US due to its lax citizenship requirements. The low cost of living, affordable food, light tax load, and decent housing that is roughly 80% less expensive than in nations like the US and UK are just a few benefits of living here. Offering 90 distinct microclimates, it is also the most biodiverse. US citizens are able to visit Peru without a visa as well as they can stay there for up to 90 days, but they need a residency permit if they want to stay there permanently. You can apply for naturalization after you have legal residence for two years in a row due to marriage, employment, or parental status.

Iceland is a wonderfully unique and stunning place to live, despite the fact that it shares the same harsh and lengthy winter nights as this nation. There are picturesque views everywhere you turn, whether they be of the glaciers, springs, or mountains. Naturally, Iceland is another location where visitors may see the Northern Lights, and it has the 11 Best Hotels in Reykjavik. Iceland is the most peaceful nation and has been since 2008, in addition to its natural beauty, according to the Global Peace Index for 2019. Like most Nordic nations, Iceland is not just one of the easiest places to move to, but the security risks are also seen as “insignificant.”

The true wealth of Iceland is found in its inhabitants, who are famous for their friendliness, generosity, and literary talent. In contrast to other provinces in the world, this one has the highest concentration of poets and authors. Given the beautiful ideas kids are inundated with, this is hardly unexpected. An application has to be submitted before migrating there. The Icelandic Directorate of Immigration is where you apply for your residency permit. Upon arrival, you must submit an application for the Kennitala when the application is approved.